Melbourne mature man has a sudden whole body pain but can’t find the cause? Let’s take a set of acupuncture and moxibustion!

A young man presented with general body aches and was treated with traditional Chinese Medicine, including cupping and acupuncture. He reported feeling better immediately after the first session.

A36-year-old Melbourne man presented to Zen 5 Chinese Medicine due to headache and sore back for three weeks. He reported the headache was mainly located in the forehead; the back pain was described as aching and radiated to the lateral side of the leg. He did not report any specific trigger. He hiked and exercised regularly.

He saw his GP for blood tests and an X-Ray, which were normal. He then took some ibuprofen at his GP’s instruction. However, he started experiencing stomachache afterwards. Having tried western medicine in vain and still suffering from headaches and back pains, he came to Zen 5 Chinese Medicine for help.

Our Chinese Medicine Practitioner Dr Weidi Chen was unable to elicit any pain on palpation of his back.Instead, he reported his whole body as though it was aching. Dr Chen took a detailed history and in combination with results from his visit to the GP, was able to exclude some conditions such as myopathy and fibromyalgia. 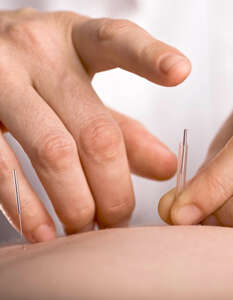 From the Chinese Medicine perspective, the diagnosis is cold damp Bi syndrome. The channels involved are Bladder channel, Gallbladder channel, Sanjiao channel and Large Intestine channel. Chinese medicine believes that where there is pain, there free flow of Qi is obstructed.

In addition, the patient also had liver blood deficiency, as well as spleen dampness and kidney yang deficiency.In Chinese medicine, the liver controls tendons and stores blood; when the liver blood fails to nourish the muscle and tendons, pain occurs. The spleen in Chinese medicine regulates the muscles and facilitates transportation and transformation of fluids in the body; when its function is impaired, it is prone to accumulation of dampness. The patient presented during winter in Melbourne, when the weather was cold and wet. In addition, the COVID pandemic and restrictions limited the exercise that he was able to do. The Yang qi is therefore trapped in the body due to both external and physical reasons. In the long term, this results in Qi and blood stagnation, manifesting in body aches, a cold sensation and heaviness in limbs.

The stomach ache after taking ibuprofen is due to weakness in stomach and spleen. It can also be regulated with Chinese Medicine treatment.

Dr Chen used traditional Chinese Medicine methods to treat the patient. She applied sliding cupping to open up his back channels and acupuncture according to Chinese medicine pattern differentiation. After the first treatment session, the patient was very excited and exclaimed that he felt much lighter.

Given his young age and general constitution, Dr Chenis confident that he should be able to recover within six sessions of treatment. At the same time, some exercises and dietary advicewere also provided to facilitate his recovery.

Get a free Quote